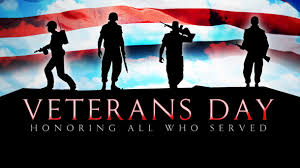 Veterans Day originated as “Armistice Day” on Nov. 11, 1919, the first anniversary of the end of World War I. Congress passed a resolution in 1926 for an annual observance, and Nov. 11 became a national holiday beginning in 1938. Veterans Day is not to be confused with Memorial Day–a common misunderstanding, according to the U.S. Department of Veterans Affairs. Memorial Day (the fourth Monday in May) honors American service members who died in service to their country or as a result of injuries incurred during battle, while Veterans Day pays tribute to all American veterans–living or dead–but especially gives thanks to living veterans who served their country honorably during war or peacetime.

The brave men and women who serve and protect the U.S. come from all walks of life; they are parents, children and grandparents. They are friends, neighbors and coworkers, and an important part of their communities. Here are some facts about the current veteran population of the United States.

Although many metal polishes make broad claims, it’s most likely you’ll get the best result from specialty products designed for a particular metal surface.

Brass and copper can be cleaned with commercial cleaners available in the supermarket. Some of these products must be washed off thoroughly, because they can stain or etch metals if left in contact with them. Others may be wiped or rubbed off. It is a good idea to use a wipe-off polish for objects that can’t be readily rinsed or submerged. Some wipe-off brands may produce a better shine. Wash-off products, however, require less elbow grease to remove tarnish. for objects that may be only thinly coated with brass or copper, use a cloth dipped in a mixture of dishwashing liquid and water. Before ant polish can work, the metal surface must be free of any lacquer. Clean, but do not attempt to polish, any metal that has a lacquered finish. For an inexpensive and handy homemade cleaner for copper and brass pots, you can use lemon and salt. Cut a lemon in half, sprinkle it with salt, and rub it on copper and brass pots to remove tarnish and restore its sheen.

One type of silver-care product removes tarnish and polishes, and it also treats silver with chemicals that retard further tarnish. Another variety cleans and polishes but doesn’t claim to retard tarnishing. Both types of products include a mild abrasive. You rub on the polish, wipe it off, and then buff the finish to the shine you want. There are also one-way products that come in liquid form and are used for cleaning only. They don’t require tedious rubbing to remove tarnish. you just dip the silver in them or spread them onto silver surfaces. Acidic dip cleaners, as a class, have some inherent hazards. Wear plastic or rubber gloves to protect your hands while cleaning, since the cleaner may irritate skin. Be careful not to get any cleaner in your eyes. Since excessive inhalation of their sulfide fumes may be disagreeable and may cause headaches, these cleaners should be used only where there is good ventilation. Rinse silver thoroughly after cleaning with acidic dip products. Three-way products may be higher-priced than others, but they are preferable because they do the job of polishing well, and their tarnish retardant ensures you can wait longer before you need to repolish. Dip cleaners work fast, but you may still need to use a polish afterward, so you’re doing the job twice.