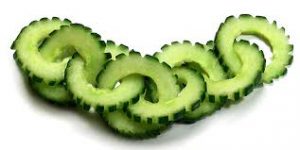 Cucumbers belong to the same plant family as squash, pumpkin, and watermelon (the Cucurbitaceae family). Like watermelon, cucumbers are made up of mostly (95 percent) water, which means eating them on a hot summer day can help you stay hydrated.

However, there’s reason to eat cucumbers all year long. With vitamin K, B vitamins, copper, potassium, vitamin C, and manganese, cucumbers can help you to avoid nutrient deficiencies that are widespread among those eating a typical American diet.

Plus, cucumbers contain unique polyphenols and other compounds that may help reduce your risk of chronic diseases and much, much more.

Cucumbers contain an anti-inflammatory flavonol called fisetin that appears to play an important role in brain health. In addition to improving your memory and protecting your nerve cells from age-related decline,  fisetin has been found to prevent progressive memory and learning impairments in mice with Alzheimer’s disease.

2. Reduce Your Risk of Cancer

Cucumbers contain polyphenols called lignans (pinoresinol, lariciresinol, and secoisolariciresinol), which may help to lower your risk of breast, uterine, ovarian, and prostate cancers. They also contain phytonutrients called cucurbitacins, which also have anti-cancer properties. According to the George Mateljan Foundation:

“Scientists have already determined that several different signaling pathways (for example, the JAK-STAT and MAPK pathways) required for cancer cell development and survival can be blocked by activity of cucurbitacins.”

Cucumbers may help to “cool” the inflammatory response in your body, and animal studies suggest that cucumber extract helps reduce unwanted inflammation, in part by inhibiting the activity of pro-inflammatory enzymes (including cyclo-oxygenase 2, or COX-2).

For instance, quercetin is an antioxidant that many believe prevents histamine release—making quercetin-rich foods “natural antihistamines.” Kaempferol, meanwhile, may help fight cancer and lower your risk of chronic diseases including heart disease.

Placing a cucumber slice on the roof of your mouth may help to rid your mouth of odor-causing bacteria. According to the principles of Ayurveda, eating cucumbers may also help to release excess heat in your stomach, which is said to be a primary cause of bad breath.

Cucumbers contain multiple B vitamins, including vitamin B1, vitamin B5, and vitamin B7 (biotin). B vitamins are known to help ease feelings of anxiety and buffer some of the damaging effects of stress.

Cucumbers are rich in two of the most basic elements needed for healthy digestion: water and fiber. Adding cucumbers to your juice or salad can help you meet the ideal of amount of fiber your body needs — 50 grams per 1,000 calories consumed. If you struggle with acid reflux, you should know that drinking water can help suppress acute symptoms of acid reflux by temporarily raising stomach pH; it’s possible that water-rich cucumbers may have a similar effect.

Cucumber skins contain insoluble fiber, which helps add bulk to your stool. This helps food to move through your digestive tract more quickly for healthy elimination.

Cucumbers are very low in calories, yet they make a filling snack (one cup of sliced cucumber contains just 16 calories). The soluble fiber in cucumbers dissolves into a gel-like texture in your gut, helping to slow down your digestion. This helps you to feel full longer and is one reason why fiber-rich foods may help with weight control.

Cucumbers contain potassium, which is associated with lower blood pressure levels. A proper balance of potassium both inside and outside your cells is crucial for your body to function properly.

As an electrolyte, potassium is a positive charged ion that must maintain a certain concentration (about 30 times higher inside than outside your cells) in order to carry out its functions, which includes interacting with sodium to help control nerve impulse transmission, muscle contraction, and heart function.

Cucumbers Make a Great Base for Vegetable Juice

There are many ways to enjoy cucumbers, such as fermented or raw in vinegar-based salads. If you’re looking for something different, cucumbers make an ideal base for your vegetable juice due to their mild flavor and high water content. In fact, a simple juice of cucumber and celery is ideal for those new to juicing.

From there you can work your way up to red leaf lettuce, romaine lettuce, spinach, and escarole, along with parsley and cilantro. Juicing is actually an ideal way to consume cucumbers.

When you drink fresh-made green juice, it is almost like receiving an intravenous infusion of vitamins, minerals, and enzymes because they go straight into your system without having to be broken down. When your body has an abundance of the nutrients it needs, and your pH is optimally balanced, you will feel energized and your immune system will get a boost.

Organic Cucumbers Are Worth It

If you’re wondering whether you should choose organic cucumbers over conventionally grown varieties, I’d suggest organic. Cucumbers were ranked the 12th most contaminated food and the second in cancer risk due to their pesticide content, according to the Environmental Working Group (EWG).

Further, cucumbers are often waxed after harvest to withstand the long journey to market unscarred and to protect against the many hands that touch it. While the wax is supposed to be food-grade and safe, there are different types used:

The other potential issue is that wax seals in pesticide residues and debris, making them even more difficult to remove with just water. To reach the contaminants buried beneath the surface of your vegetables and fruits, you need a cleanser that also removes the wax, which is what my fruit and vegetable wash does. You could also peel the cucumber, but that is one of the most nutrient-dense parts of the cucumber (the other is the seeds), so it’s better to consume it if you can.

What Else Are Cucumbers Good For?

Flavonoids and tannins in cucumbers have been found to have both free-radical scavenging and pain-relieving effects, while it has a number of traditional folk uses as well. As written in the Journal of Young Pharmacists: “Traditionally, this plant is used for headaches; the seeds are cooling and diuretic, the fruit juice of this plant is used as a nutritive and as a demulcent in anti-acne lotions.”

As the fourth-most widely cultivated “vegetable” in the world (cucumbers are technically a fruit), cucumbers are widely available, but seek to get them from a local farmer’s market if you can. Even better, cucumbers are very easy to grow, even if you only have access to a patio. They thrive in containers (provide they have somewhere to climb on) and produce ample produce from a small number of plants, so you could try your hand at growing them yourself.