Halloween is an annual holiday, celebrated each year on October 31, that has roots in age-old European traditions. It originated with the ancient Celtic festival of Samhain, when people would light bonfires and wear costumes to ward off ghosts. In the eighth century, Pope Gregory III designated November 1 as a time to honor all saints; soon, All Saints Day incorporated some of the traditions of Samhain. The evening before was known as All Hallows Eve, and later Halloween. Over time, Halloween evolved into a day of activities like trick-or-treating and carving jack-o-lanterns. Around the world, as days grow shorter and nights get colder, people continue to usher in the season with gatherings, costumes and sweet treats.

Halloween’s origins date back to the ancient Celtic festival of Samhain (pronounced sow-in). The Celts, who lived 2,000 years ago in the area that is now Ireland, the United Kingdom and northern France, celebrated their new year on November 1.

This day marked the end of summer and the harvest and the beginning of the dark, cold winter, a time of year that was often associated with human death. Celts believed that on the night before the new year, the boundary between the worlds of the living and the dead became blurred. On the night of October 31 they celebrated Samhain, when it was believed that the ghosts of the dead returned to earth.

In addition to causing trouble and damaging crops, Celts thought that the presence of the otherworldly spirits made it easier for the Druids, or Celtic priests, to make predictions about the future. For a people entirely dependent on the volatile natural world, these prophecies were an important source of comfort and direction during the long, dark winter.

To commemorate the event, Druids built huge sacred bonfires, where the people gathered to burn crops and animals as sacrifices to the Celtic deities. During the celebration, the Celts wore costumes, typically consisting of animal heads and skins, and attempted to tell each other’s fortunes.

When the celebration was over, they re-lit their hearth fires, which they had extinguished earlier that evening, from the sacred bonfire to help protect them during the coming winter.

By 43 A.D., the Roman Empire had conquered the majority of Celtic territory. In the course of the four hundred years that they ruled the Celtic lands, two festivals of Roman origin were combined with the traditional Celtic celebration of Samhain.

The first was Feralia, a day in late October when the Romans traditionally commemorated the passing of the dead. The second was a day to honor Pomona, the Roman goddess of fruit and trees. The symbol of Pomona is the apple, and the incorporation of this celebration into Samhain probably explains the tradition of “bobbing” for apples that is practiced today on Halloween.

On May 13, 609 A.D., Pope Boniface IV dedicated the Pantheon in Rome in honor of all Christian martyrs, and the Catholic feast of All Martyrs Day was established in the Western church. Pope Gregory III later expanded the festival to include all saints as well as all martyrs, and moved the observance from May 13 to November 1.

Columbus Day is a U.S. holiday that commemorates the landing of Christopher Columbus in the Americas on October 12, 1492. It was unofficially celebrated in a number of cities and states as early as the 18th century, but did not become a federal holiday until 1937. For many, the holiday is a way of both honoring Columbus’ achievements and celebrating Italian-American heritage. But throughout its history, Columbus Day and the man who inspired it have generated controversy, and many alternatives to the holiday have proposed since the 1970s.

Christopher Columbus was an Italian-born explorer who set sail in August 1492, bound for Asia with backing from the Spanish monarchs King Ferdinand and Queen Isabella.

Columbus intended to chart a western sea route to China, India and the fabled gold and spice islands of Asia. Instead, he landed in the Bahamas, becoming the first European to explore the Americas since the Vikings established colonies in Greenland and Newfoundland during the 10th century.

Later that October, Columbus sighted Cuba and believed it was mainland China; in December the expedition found Hispaniola, which he thought might be Japan. There, he established Spain’s first colony in the Americas with 39 of his men.

In March 1493, Columbus returned to Spain in triumph, bearing gold, spices and “Indian” captives. The explorer crossed the Atlantic several more times before his death in 1506.

It wasn’t until his third journey that Columbus finally realized he hadn’t reached Asia but instead had stumbled upon a continent previously unknown to Europeans.

Columbus Day in the United States

The first Columbus Day celebration took place in 1792, when New York’s Columbian Order—better known as Tammany Hall—held an event to commemorate the historic landing’s 300th anniversary. Taking pride in Columbus’ birthplace and faith, Italian and Catholic communities in various parts of the country began organizing annual religious ceremonies and parades in his honor.

In 1892, President Benjamin Harrison issued a proclamation encouraging Americans to mark the 400th anniversary of Columbus’ voyage with patriotic festivities, writing, “On that day let the people, so far as possible, cease from toil and devote themselves to such exercises as may best express honor to the discoverer and their appreciation of the great achievements of the four completed centuries of American life.”

In 1937, President Franklin D. Roosevelt proclaimed Columbus Day a national holiday, largely as a result of intense lobbying by the Knights of Columbus, an influential Catholic fraternal organization.

Controversy over Columbus Day dates back to the 19th century, when anti-immigrant groups in the United States rejected the holiday because of its association with Catholicism.

In recent decades, Native Americans and other groups have protested the celebration of an event that resulted in the colonization of the Americas, the beginnings of the transatlantic slave trade and the deaths of millions from murder and disease.

European settlers brought a host of infectious diseases, including smallpox and influenza, that decimated indigenous populations. Warfare between Native Americans and European colonists claimed many lives as well.

The image of Christopher Columbus as an intrepid hero has also been called into question. Upon arriving in the Bahamas, the explorer and his men forced the native peoples they found there into slavery. Later, while serving as the governor of Hispaniola, he allegedly imposed barbaric forms of punishment, including torture.

In many Latin American nations, the anniversary of Columbus’ landing has traditionally been observed as the Dìa de la Raza (“Day of the Race”), a celebration of Hispanic culture’s diverse roots. In 2002, Venezuela renamed the holiday Dìa de la Resistencia Indìgena (“Day of Indigenous Resistance”) to recognize native peoples and their experience.

When Is Columbus Day?

Columbus Day was originally observed every October 12, but was changed to the second Monday in October beginning in 1971.

In some parts of the United States, Columbus Day has evolved into a celebration of Italian-American heritage. Local groups host parades and street fairs featuring colorful costumes, music and Italian food. In places that use the day to honor indigenous peoples, activities include pow-wows, traditional dance events and lessons about Native American culture. 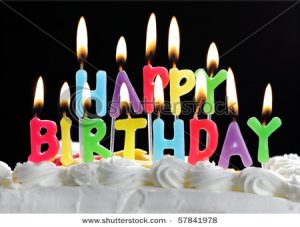 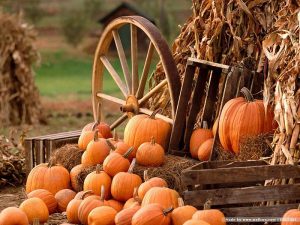 I can not believe that it is October already. Where has the time gone? Since the children have returned to school, it has seemed like the time has flown by.

With the start of October, comes the cooler weather, changing leaf colors and pumpkin everything. My favorite part of October would have to be the cooler weather. Nice t-shirt weather during the day and by evening sweat shirt weather. My next favorite thing in October would have to be the color changing of the leafs. The browns, reds, and yellows of the leafs are just so beautiful all mixed together. It nice to take a long Sunday drive to no where to see all the beautiful colors.

Heating Systems – If you have a forced-air system, change or wash the air filters regularly. A dirty filter can prevent proper airflow. Also, make sure that the air filter fits properly. It should occupy the entire filter cavity and prevent air from bypassing it. Vacuum the outside of the furnace or heat pump once every month or so. If there are radiators, clean them regularly.

A furnace should be properly maintained. Consider a service contract that includes an annual inspection of your furnace. The service technician should check electrical connections and wiring and gas piping for damage and leaks. Do not assume that the technician who does the annual or semiannual tune-up of your furnace changes the filter. This is generally considered to be the homeowner’s responsibility. Despite the improved efficiency and comfort of most new furnaces, it’s generally more cost-effective to repair a furnace than to replace it. If a key component such as the heat exchanger or control module fails, you’re probably better off replacing the furnace, especially if the unit is more than 15 years old. The average furnace typically lasts about 18 years.