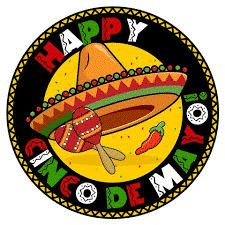 Cinco de Mayo, or the fifth of May, is a holiday that celebrates the date of the Mexican army’s 1862 victory over France at the Battle of Puebla during the Franco-Mexican War. Cinco de Mayo 2018 occurs on Saturday, May 5. A relatively minor holiday in Mexico, in the United States Cinco de Mayo has evolved into a commemoration of Mexican culture and heritage, particularly in areas with large Mexican-American populations.

France, however, ruled by Napoleon III

, decided to use the opportunity to carve an empire out of Mexican territory. Late in 1861, a well-armed French fleet stormed Veracruz, landing a large force of t

Within Mexico, Cinco de Mayo is primarily observed in the state of Puebla, where Zaragoza’s unlikely victory occurred, although other parts of the country also take part in the celebration.

Traditions include military parades, recreations of the Battle of Puebla and other festive events. For many Mexicans, however, May 5 is a day like any other: It is not a federal holiday, so offices, banks and stores remain open.

Durable and easy to maintain as cast-iron prices are, they can rust easily. Remove rust spots wit a wire brush or by sanding, then paint with a metal primer, followed by a coat of rust-inhibiting, exterior paint. Oil the hinges of the furniture to keep them from rusting.

Administrative Professionals Day is an observance but it is not a public holiday in the United States.

These changes in name reflected the changing nature of the tasks, qualifications and responsibilities of the members of the organization. IAAP now has an international orientation and continues to provide education and training and set standards of excellence recognized by the business community on a global perspective. The organization’s vision is “to inspire and equip all administrative professionals to attain excellence”.

Many United States residents mark Tax Day as the deadline to file their income tax details to the Internal Revenue Service (IRS). The date is usually on or around April 15. This year it is April 16.  However, this deadline may be extended to accommodate holidays or extreme weather conditions.

What Do People Do?

A large proportion of residents of the USA have to inform the IRS of all income that they received in the previous fiscal year. Some groups, particularly veterans, pensioners and some low-income families, do not have to file a tax return unless they wish to qualify for certain types of income subsidy. Others may wait until the last moment to file their tax return and pay any money they owe. Some people may find that filing a tax return is complicated, while others may feel that they should not have to pay income tax. In the United States, income tax returns may be filed on paper or electronically. Now, people are encouraged to file a return via Internet as this is efficient and reduces the risk of mistakes being made or documents being lost in the mail.

Tax Day is not a federal public holiday in the United States. Schools, post offices, stores and other businesses and organizations are open as usual. Public transport services run to their usual schedules and no extra congestion on highways is to be expected.

Income tax was first introduced in the United States of America in 1861. A rate of three percent was levied on incomes above $800 per year and the resulting revenue was used to help fund the American Civil War effort. However, income tax was seen as unconstitutional and the law was repealed in 1872. The idea of a tax on personal income, at a rate of two percent, was reintroduced in the Revenue Act of 1894, but the legal status of this kind of tax was still unclear. In 1913, the “Sixteenth Amendment” to the Constitution of the United States was ratified. This cleared the way for the modern income tax system in the USA.

The details of the income tax system have changed greatly since 1913. The top rates of tax have varied enormously and were particularly high during the First and Second World Wars and the Great Depression. Individuals and families with very low levels of income do not have to pay income tax and may receive some subsidy via the tax system.

In 1913 Tax Day, or the filing deadline, was fixed on March 1. However, it was moved to March 15 in 1918 and April 15 in 1955, where it has remained since then. If April 15 falls on a Saturday, Sunday or a civil holiday, such as Patriot’s Day, the deadline is extended to the next working day. An extension due to a holiday may only affect certain states. In 2007, the residents of some states were granted an extension due to the disruption to public life in many areas caused by a huge Nor’easter storm. In some years in Washington DC, Emancipation Day may be the reason to extend the deadline for filing an income tax return (Tax Day). In 2007, the observance Emancipation Day in Washington DC had the effect of nationally extending the 2006 income tax filing deadline from April 16 to April 17. This 2007 date change was not discovered until after many forms went to print.

Spring is arriving upon us and with that comes flowers blooming, fresh cut grass and the chore of spring cleaning. Spring cleaning is a tradition that allows you to freshen up your home. Spring cleaning helps you focus on the parts of your home that have been neglected all winter long. Listed below you will find some tips to help you get the job done with special attention given to seasonal chores for the springy time of year.

April Fools’ Day has been celebrated for several centuries by different cultures, its exact origins remain a mystery. Some historians have speculated that April Fools’ Day, dates back to 1582, when France switched from the Julian Calendar to the Gregorian Calendar. The people who were slow to get the news or failed to recognize that the start of the new year had moved to January 1st and continued to celebrate it during the last week of march through April 1st became the butt of the jokes and hoaxes. Historians have also linked April Fools’ Day to ancient festival known as Hilaria, celebrated in Rome at the end od March and has people dressing up in disguises. There is also speculation that April Fools’ Day is tied to the vernal equinox, or the first day of spring, when Mother Nature fooled people with unpredictable weather.

In the modern times, people have gone great lengths to create elaborate April Fools’ Day pranks. Newspapers, radio and TV stations and even Web sites have participated in the April 1st tradition of reporting outrageous fictional claims that have fooled audiences. For example, in 1985, Sports Illustrated tricked many of its readers when it ran a made-up article about a rookie pitcher named Sidd Finch, who could throw a fastball over 168 miles per hour. Another example would be from 1998, when Burger King advertised a “Left-Handed Whopper,” which tricked tons of clueless customers when they requested the fake sandwich. That is just a couple of the pranks that big companies have played on people.

The practice of April Fool pranks and hoaxes are controversial and there are mixed opinions of the critics. There are both positive and negative sides to April Fools’ pranks. The positive side of April Fools’ can be good for one’s health, because it encourages jokes, hoaxes, pranks and good old belly laughs. With the laughter brings the benefits of stress relief and reducing strain on the heart. The negative side describes April Fools’ hoaxes as creepy, manipulative, rude and a bit nasty. Sometimes, April Fools’ jokes or hoaxes are misinterpreted, like stories that are intended as jokes are taken seriously. With the negative can come adverse effects, such as confusion, misinformation and even legal consequences. Just be careful with your April Fools’ pranks and think of others before you do them.